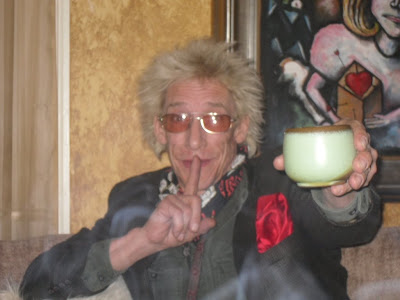 Hoping you will join me at a house party fundraiser I am hosting on Saturday for one of our local cultural icons Bill Levin...

TOP 5 REASONS TO PARTY WITH BILL ON SATURDAY NIGHT

Why would eBay single out just one category of collector purchases to be exempt from it's popular eBay bucks reward program? The cancellation announcement was sent by email only to eBay bucks participants and is not included on the general eBay announcement bulletin board. There are so many people who buy bullion on eBay that an independent website which publishes weekly average eBay selling prices was created by bullion collectors.

As always, eBay is committed to bringing you amazing deals on gold and silver. However, to do so, we can no longer offer eBay Bucks for purchases from the Bullion category within Coins & Paper Money. This change will take effect October 1, 2011. To learn more about earning and redeeming eBay Bucks, visit the Frequently Asked Questions page. And remember that you can always tell whether an item qualifies for eBay Bucks by looking for the earn amount below the price on the item description page.

As of October 1st, eBay customers who buy coins from the bullion category will no longer be awarded their 2% eBay bucks rewards.

Anyone got an explanation for this?

Roseanne Barr with We Are Change at Occupy Wall Street

The Awakening of a Generation ∞ Ron Paul 2012

Dedicated to all Neocons that booed Ron Paul

Regardless of how and why the towers fell, this is something good that came of from the devastation. It also created 80 jobs.

I don't write to our whole community often, but this week is
special because it's the 10th anniversary of 9/11 and many
people don't know that Meetup is a 9/11 baby.

Let me tell you the Meetup story. I was living a couple miles
from the Twin Towers, and I was the kind of person who thought
local community doesn't matter much if we've got the internet
and tv. The only time I thought about my neighbors was when I
hoped they wouldn't bother me.

When the towers fell, I found myself talking to more neighbors
in the days after 9/11 than ever before. People said hello to
neighbors (next-door and across the city) who they'd normally
ignore. People were looking after each other, helping each
other, and meeting up with each other. You know, being
neighborly.

A lot of people were thinking that maybe 9/11 could bring
people together in a lasting way. So the idea for Meetup was
born: Could we use the internet to get off the internet -- and
grow local communities?

We didn't know if it would work. Most people thought it was a
crazy idea -- especially because terrorism is designed to make
people distrust one another.

A small team came together, and we launched Meetup 9 months
after 9/11.

Today, almost 10 years and 10 million Meetuppers later, it's
working. Every day, thousands of Meetups happen. Moms Meetups,
Small Business Meetups, Fitness Meetups... a wild variety of
100,000 Meetup Groups with not much in common -- except one
thing.

Every Meetup starts with people simply saying hello to
neighbors. And what often happens next is still amazing to me.
They grow businesses and bands together, they teach and
motivate each other, they babysit each other's kids and find
other ways to work together. They have fun and find solace
together. They make friends and form powerful community. It's
powerful stuff.

It's a wonderful revolution in local community, and it's thanks
to everyone who shows up.

9/11 didn't make us too scared to go outside or talk to
strangers. 9/11 didn't rip us apart. No, we're building new
community together!!!!

The towers fell, but we rise up. And we're just getting started
with these Meetups. 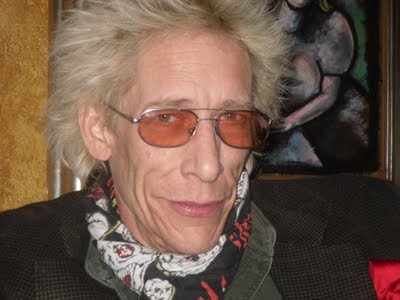 I am throwing a rather large and fantastic house party for Bill Levin on September 24th. Bill wants your vote for City-Council-At-Large, and unfortunately (or possibly fortunately) in regard to this party there is only room for 100 guests.

It's a fundraiser, so everyone is asked to RSVP and pay $30 and you will definitely have a better time than anywhere else that night, if you are a person who wants to connect with others seeking a balance between cultural and fiscal vision.

Bill Levin is running for one of four City-Council-At-Large seats in Marion County. He is also Indiana's re-legalization lobbyist and just concluded summer study sessions with our Indiana senators and the nation's top marijuana legalization lobby. He coordinated that for us. Doncha want to meet this guy?

Bill says based on the amount of marijuana now used in Indiana that is untaxed, our state could easily tap an extra $4 billion plus for our state's local coffers. Not only that but we could free up the money our state spends on the courts and prison system persecuting non-violent productive people.

What could we get for that extra $4 billion plus a year? Well, for one we could shore up our pensions. And then we would still have enough money left over to get that groovy modern high speed metro rail system. How great is that?

Everyone knows that Bill Levin is a cultural icon. What most of you don't know is where the part of the city is that he has his eye on to become a major travel destination and generate more money for our state than the casinos ever could.

Wanna know more? Then pony up to make sure you are one of the 100 RSVP's I have to give that night.

(RSVP's are not guaranteed unless prepaid)

I promise you this. This will be the best party you've been to in the last decade. You have my word on that fact.
--Melyssa

The Famous Kincaid's Meat Market Burgers
Sirloin Burgers ground with Apple Wood Smoked Bacon grilled on the Weber
(we promise, best burger you have ever known)

$30
RSVP here
(RSVP's are not guaranteed unless prepaid)