Gary Johnson: Both Candidates will Give You A Greater Police State

The more I see Gary Johnson, the more I like him.  You will like him too.  Although he's on the ballot in nearly all 50 states, he is not being included in the presidential debates at this time, which is not fair.  It is becoming more and more apparent that the only people allowed to compete for POTUS are the puppets for the Fed and NWO.

I am tired of voting for lesser evil and getting tyranny, aren't you?

Amber Lyons won 3 Emmy's.  She is a respected journalist who formerly worked for CNN.  She exposed the fact that CNN made her report government lies. 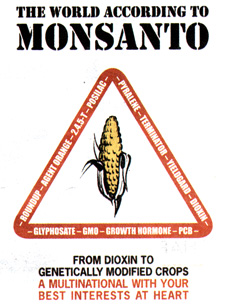 On November 6th, 2012 California citizens will vote yes or no on Proposition 37 which seeks to mandate food manufacturers label all GMO ingredients.

This is the most dire issue at the polls this November and far more reaching than who is elected president, for it will ultimately decide food labeling...possibly forever.

I think Californians have this right for the rest of us.  The comments on all news articles I have read related to this issue definitely demonstrate the people of California (and around the world) are wide awake in regard to GMO's, labeling, and the importance of having pure food in the future (for our children). They are also wise to the efforts being lobbied to lie to them (and who is behind it).

It is time our readers were up on it too, in case you are not already.

Generally I am against over-regulation and interference by government on capitalism.  Not so in this case.  Genetically modified food is dangerous.  Long term studies like this one now show the food is a slow poison, yet is being fed to the masses.

Believe it or not mega organic/health food labels like Kashi, Silk, and Naked are spending big bucks to lobby California to vote against mandatory GMO labeling.   Weird?  Not so when you realize their parents are among the likes of massive corporations like Kellogg.

There are many organic brands which are being boycotted by food watchdogs and activists.  I encourage you to boycott them too and, whenever possible, buy as much as you can from local produce and meat growers.

Fortunately, Indy has a thriving local Farmer's Market community, that gets bigger every year.

Do you recall a recent news story selling us on a study from Standford that regular produce was as nutritious as organic?  The study, as it turns out,  was funded by Big Tobacco.  The study neglected to address the long term affects of chemical fertilizers and insecticides on the human body.

In case you spaced it,  our illustrious well-meaning prostitute government once told us Agent Orange (DDT) was safe.  Look what Agent Orange did because people believed the the soulless lies of Monsanto and their bought-and-paid-for shills in Congress.

Yes, we have a big planet to feed, but did you know that the population of the entire planet can fit inside of Texas?   The planet's population might be better off if they lived in Texas.  Texans are a self-reliant people.

Our media is manipulating us. Thankfully, thanks to the internet, the planet is privy to instant education, unlike our resources during Monsanto's evil reign of Agent Orange during Vietnam.

Make sure you are educated on the issue and on all things Monsanto.   NaturalNews.com editor Mike Adams is doing the best job in journalism on the front of food and drug safety.  Subscriptions are free.

Your great-grandchildren are robbed before birth


Here are the details of the bankster heist.

The American people got so upset about the bailouts that Congress gave to the Wall Street banks and to the big automakers, but did you know that the biggest bailouts of all were given out by the Federal Reserve?

Thanks to a very limited audit of the Federal Reserve that Congress approved a while back, we learned that the Fed made trillions of dollars in secret bailout loans to the big Wall Street banks during the last financial crisis.  They even secretly loaned out hundreds of billions of dollars to foreign banks.

This is an oldie, but goodie in tribute to the Fed's newest quantitative easing,bailout, stimulus (money printing) fiat spending spree today.

Catherine Austin Fitts: Depopulate or Bankrupt the Rest of Us

This morning I received emails which asked me to sign a petition that would be sent to Ron Paul asking him to run as VP with Libertarian POTUS candidate, Gary Johnson.

In the last couple hours it is confirmed that Ron Paul will appear on Leno tonight.  Of course there are rumors that he is going to annouce he's running as VP.  I don't think a VP run is his announcement.  First of all it is not his place to declare it, even if it it was true. And secondly, I doubt he would do it on a late night talk show as that's not his style.

While we are on the subject, a Ron Paul defection would dessimate the Republicans chance to win the election and would pick off enough votes to ensure an Obama victory.   That would would be great kharma for the GOP since they never gave Ron Paul a fair chance. 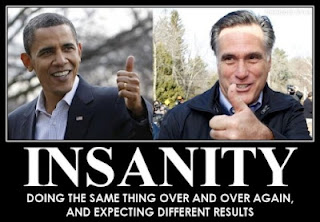 Indy Lawyers....Please tell me where is money safe

I would love for my lawyer friends who read this blog to look at this:

What do you think?  Is our money safe in in investment accounts?   Are Vanguard and American Funds now given permission to go the way of MF Global?

I need legal analysis and perspective.  I hope one of you will take this up.
-Mely

A Cancer Cure 40 years ago