The One Percent: Friend or Foe?

Notice:  These interviews are a two-hour investment of time.  Each MP3 link is roughly 30-minutes.  Don't listen if you can't handle being overwhelmed.

If that's the case, skip it.

This is David Wilcock interview.

What a sweet star child!

I hope that this is precursor of more trials to come.  A Malaysian court heard testimony, and after four days, found George W. Bush guilty of war crimes.  The transcript of the proceedings will be sent to the U.N.

You can read the whole story here and here.  Of course, the mainstream media is silent on this for now, but have no doubt that George Bush during his presidency brought untold suffering to millions under the banner of "freedom" and his murderous "war on terror".

All Republican Delegates Are "Free Agents" and Unbound? 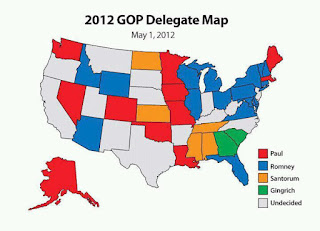 Reality Check: Bound Delegates In The Republican Primary May Not Be Bou...

Save 10% now at Vitacost 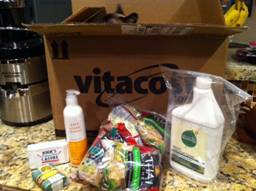 This is the first time since I launched my blog in 2007 that I've recommended a shopping site.  I must share because this site has selection galore and is freaking easy, brilliant, incredible, and saves me lots of money while it hooks me up with all kinds of new organic products.  Vitacost.com literally has everything a drug store has, plus all the organic/health food store stuff,  at a lower price than retailing it at Walgreens or CVS.

I love this site and you will too!

Lugar has spent a career cozying up to statists in BOTH parties to grow government and squash freedom, with his record including:

***  Voting for bailout after bailout, including the auto company bailout, the $700 billion TARP Wall Street bankster bailout, and saving Fannie Mae and Freddie Mac – two of the leading culprits behind the housing crisis;

***  Voting multiple times to raise the debt limit instead of forcing cuts in spending – paving the way for today’s $15.6 TRILLION national debt;

***  Voting for Medicare Part D, which put $16 TRILLION MORE in unfunded mandates on future generations and expanded entitlement spending more than any other program since the “Great Society”;

***  Voting with Ted Kennedy to RAM “SCHIP” into law.  This Big Government scheme – which is now 60% over budget - was designed to become a precursor to universal, government-run health care;

***  Voting to create the inefficient Department of Energy, yet another massive government bureaucracy that cripples the free market;

*** Voted against a thorough audit of the Federal Reserve;

***  Supporting Cap and Trade, which would drive already sky-high energy costs through the roof, massively hike taxes on hardworking Americans, and give the federal government unprecedented control over the economy;

***  Cosponsoring health care legislation that included the individual mandate – ObamaCare’s core component and a complete takeover of our health freedom;

***  Voting for the so-called “PATRIOT” Act, which GUTS our Fourth Amendment rights and hands the federal government unprecedented powers to spy on the American people;

***  Voting to allow American citizens to be imprisoned indefinitely by the federal government – WITHOUT SO MUCH AS A TRIAL;

***  Actively undermining the Second Amendment, including voting against legislation allowing interstate reciprocity for concealed carry, supporting the so-called “assault weapons” ban in 1994 (and calling for it to be reinstated), and being the only Republican senator to refuse to stand against the gun-grabbing UN Small Arms Treaty;