ServeIndy.com: Send your most personal information to Ice Miller for screening 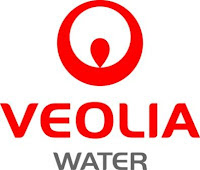 The broadcast on Channel 13 interviewing Melissa Proffit Reece from Ice Miller showing how to apply online for a job in the Ballard administration, is causing individuals who fought against Peterson's administration to take pause.
Why are city applicants required to turn over their most confidential information to Ice Miller?

Ice Miller was the law firm that worked on what some say is the theft of the Lawrence Water Utility. Ice Miller has had it hands in suspect deals at the Airport through Lacy Johnson, Carl Drummer's corrupt governance of Center Township, and other questionable deals that Peterson has engaged in, including the Veolia Water deal hatched by Peterson and Servaas behind closed doors with zero public scrutiny or input.

We are hearing of immensely qualified candidates who are reluctant to apply for a job because they do not want their confidential information to ever be in the hands of Ice Miller lawyers.

According to WTHR, Ice Miller is the first stop for all city positions. That means if you don't pass Ice Miller's muster, you don't get in front of our new Mayor no matter how good you are. That means Ice Miller, via their agent Melissa Proffit Reece, has total authority to block any well-qualified candidate who they might think might threaten their very lucrative taxpayer funded gravy train.

We are wondering if Ice Miller will let anyone near Greg Ballard that will work hard and passionately to provide transparency and accountability of exactly how the city spends its money and who gets what contracts. We wonder that perhaps Ice Miller wants to keep the status quo of no-bid contracts in place so that the insiders continue to get paid.
.
As a footnote, several emails and a phone message to John Cochran regarding our recommended candidates for Ballard's administration have not been returned or acknowledged in spite of the fact that we asked John for confirmation.
The activists want to know that our qualified representatives have an opportunity to interview with Ballard in the new city administration which is promised to be transparent. We worked hard for this election, afterall.

Is Ice Miller and/or John Cochran blocking qualified candidates who are advocates for tax dollar spending transparency?
We recommend you carefully read these news archives.

What happened to Darla Williams? I thought she was the go between for Ballard and the outgoing Mayor.

She seems to be doing well. I'm sure it's great winning such a high profile election.

The Ballard team really pulled it out!

My question is, how did Issac Randolph get on the team? Doesn't he want to be Mayor? He sure does have a lot of political baggage. I just hope he hires the most "qualified" people, who also possess "integrity", leaning more to the integrity side when weighing applicants.

Darla Williams is not on the transition team any longer.

Melissa and Bob Grand (mgr partner at Barnes and Thornburg) are running things for the benefit of their firms. Period.

Darla Williams. Right. That was just for show. Needed not to look so white on the initially announced public "transition team" The real transition team is 30+ lawyers from B & T and a bunch of other lawyers from other firms. And also some Democrats who actually worked on Peterson's campaign and/or in Peterson's administration (see: charter schools).

Most of the movers and shakers are not going to leave their cushy jobs for city pay, but they're filling in the occupations with a lot of Goldsmith era retreads who didn't manage to cash in enough in the last 8 years and got time on their hands.

People, wake up. "Greg Ballard" is not running the transition nor will he be running the city. Barnes and Ice are.

You all are never going to be on the inside. Your best hope is to keep making waves in public and hope the media doesn't get tired of you, if you want to have any impact.

Would it do any good to e-mail those recommendations directly to Ballard? And why is Darla Williams off the team?

I happen to know Darla Williams is not off the team. There are many transition team members, over 100, not listed because they are not the chairs of their committes. Though, I must admit, most of the members on the team have never and still haven't meet ballard. Some of them are high-ranking too.

Darla had an MBE meeting with Ballard not long ago. I think it is time to put these rumors to bed.

Those who claim that Ballard has kicked many people off the team have no idea what they are talking about, because they are on the outside.

The Ballard Administration and the transition is going smoothly and none of the teammembers have been thrown-off. The team is so dynamic that most of the players aren't visible, they are WORKING, unlike the previous administration that only stood around for photo opportunities...yeah we have a few of them, but the others are working.

I think those who are concerned should worry about those OUSTED. I like to know what THEY are doing. Where is Earl Morgan, Sherlonda Anderson, Kobi Wright, Monroe Gray and the crew doing? Has monroe paid the civil judgement yet? Has Sherlonda Anderson ever produced the mbe/wbe reports as required by law or did she leave the administration leaving the open records request unfullfilled?

Lets keep our priorities straight and not get sidetracked. We have a city to fix.